Q1 - Give an example of a metal which
(i) is a liquid at room temperature.
(ii) can be easily cut with knife.
(iii) is the best conductor of heat.
(iv) is a poor conductor of heat.
Ans -
(i) Mercury (Hg)
(ii) Sodium and potassium
(iii) Silver and copper
(iv) Lead and Mercury
Q2 - Explain the meanings of malleable and ductile.
Ans -
Malleable -  Substance that can b beaten into thin sheets are called malleable. e.g. silver and gold are the best malleable metals.
Ductile -  Substance that can be drawn into thin wires are called ductile. e.g. copper metal used for making electrical wires.

PAGE NO - 53
Q1 - Define the following terms:
(i) Mineral
(ii) Ore
(iii) Gangue
Ans.
(i) Mineral -  The element or compound which occur naturally in the earth crest are known as minerals.
(ii) Ore -  The minerals from which metals can be extracted economically on large scale are called ores.
(iii) Gangue - The impurities such as soil and sand present in ore/minerals are called gangue.

Q3 - What chemical process is used for obtaining a metal from oxide?
Ans - To obtain metals from its oxides for metals of medium reactivity one can use carbon as reducing agent and the chemical process is called reduction. Also; displacement reaction is used in which highly reactive metal acts as reducing agent. !But for the metals of high reactivity the method of electrolytic reduction in used.
e.g., 3MnO2 (s) + 4Al (s) → 3Mn (l) + 2Al2O3 (s) + heat

Q3 - An element reacts with oxygen to giver a compound with a high melting point. This compound is also soluble in water. This element is likely to be
(a) calcium
(b) carbon
(c) silicon
(d) iron
Ans - (a) Calcium.

Q7 - Name two metals which will displace hydrogen from dilute acids and two metals which will not.
Ans - Metals which are more reactive than hydrogen displace it form dilute acids.
Ex - Sodium and potassium
Metals that are less reactive than hydrogen do not displace it.
Ex - Copper and silver
Q8 - In the electrolytic refining of M, what would you take as the anode, the cathode and the electrolyte?
Ans - For electrolytic refining of M:
Impure metal M → at anode
Pure sample of M → at cathode
Electrolyte → soluble salt of metal M
Q9 - Pratyush took sulphur powder on a spatula and heated it. He collected the gas evolved by inverting a test tube over it as shown in figure below:
(a) What will be the action of gas on
(i) dry litmus paper? (ii) moist litmus paper?
(b) Write the balanced chemical equation for the reaction taking place.
Ans -
(a)
(i) There will be no effect of gas on dry litmus paper.
(ii) Moist blue litmus paper turns red.
(b)
(i) S (s) + O2 (g)→ SO2 (s)
(ii) SO2 (g) + H2O (l) → H2SO3(aq)

Q10 - State two ways to prevent the rusting of iron.
Ans -
(i) Rusting can be prevented by painting iron articles so that iron surface does not come in contact with air and moisture required for rusting.
(ii) By coating iron articles with a protective layer of zinc metal by galvanization which prevents the rusting of iron.
Q11 - What type of oxides are formed when non-metals combine with oxygen?
Ans - When non-metals combine with oxygen they form acidic oxides.
Ex - S (s)  + O2 (g)    →     SO2 (g)

Q12 - Give reasons:
(a) Platinum, gold and silver are used to make jewellery.
(b) Sodium, potassium and lithium are stored under oil.
(c) Aluminium is highly reactive metal, yet it Is used to make utensils for coking.
(d) Carbonate and sulphide ores are usually converted into oxides during the process of extraction.
Ans -
(a) Platinum, gold, and silver are used to make jewellery because they are very lustrous, they also less reactive and shiny.
(b) Reaction of sodium, potassium and lithium with oxygen is so exothermic that they catch fire. To prevent fire they are stored in kerosene oil.
(c) This is because aluminium is good conductor of heat aluminium forms a layer of aluminium oxide at high temperature which is prevent the further corrosion.
(d) Because it is easy to reduce oxide than the carbonates and sulphide to the metals.
Q13 - You must have seen tarnished copper vessels being cleaned with lemon or tamarind juice. Explain why these sour substances are effective in cleaning the vessel?
Ans - Copper metal corrodes to form copper carbonate and get tarnished. On cleaning with lemon or tamarind juice, the acid present in: them dissolves the copper carbonate thereby cleaning the vessel.

14 - Differentiate between metal and non-metal on the basis of their chemical properties.
Ans -

15 - A man went door to door posing as a goldsmith. He promised to bring back the glitter of old and dull gold ornaments. An unsuspecting lady gave a set of gold bangles to him which he dipped in a particular solution. The bangles sparkled like new but their weight was reduced drastically. The lady was upset but after a futile argument the man beat a hasty retreat. Can you play the detective to find out the nature of the solution he had used?
Ans - The solution is aqua regia (It cantain 1:3 conc. HNO3 acid : conc. HCl acid) is used by the goldsmith, which dissolves the upper layer of gold in it, and the inner shiny layer appears. Due to this gold also loose their weight.
16 - Give reason why copper is used to make hot water tanks and not steel (an alloy of iron).
Ans - Copper do not react with hot water, cold water and steam. It is also good conductor of heat.
And
Steel is the alloy of iron it would react vigorously with the steam formed form hot water 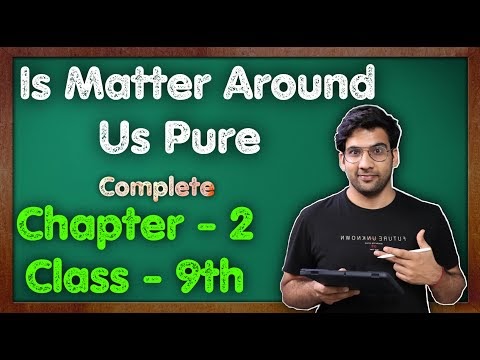